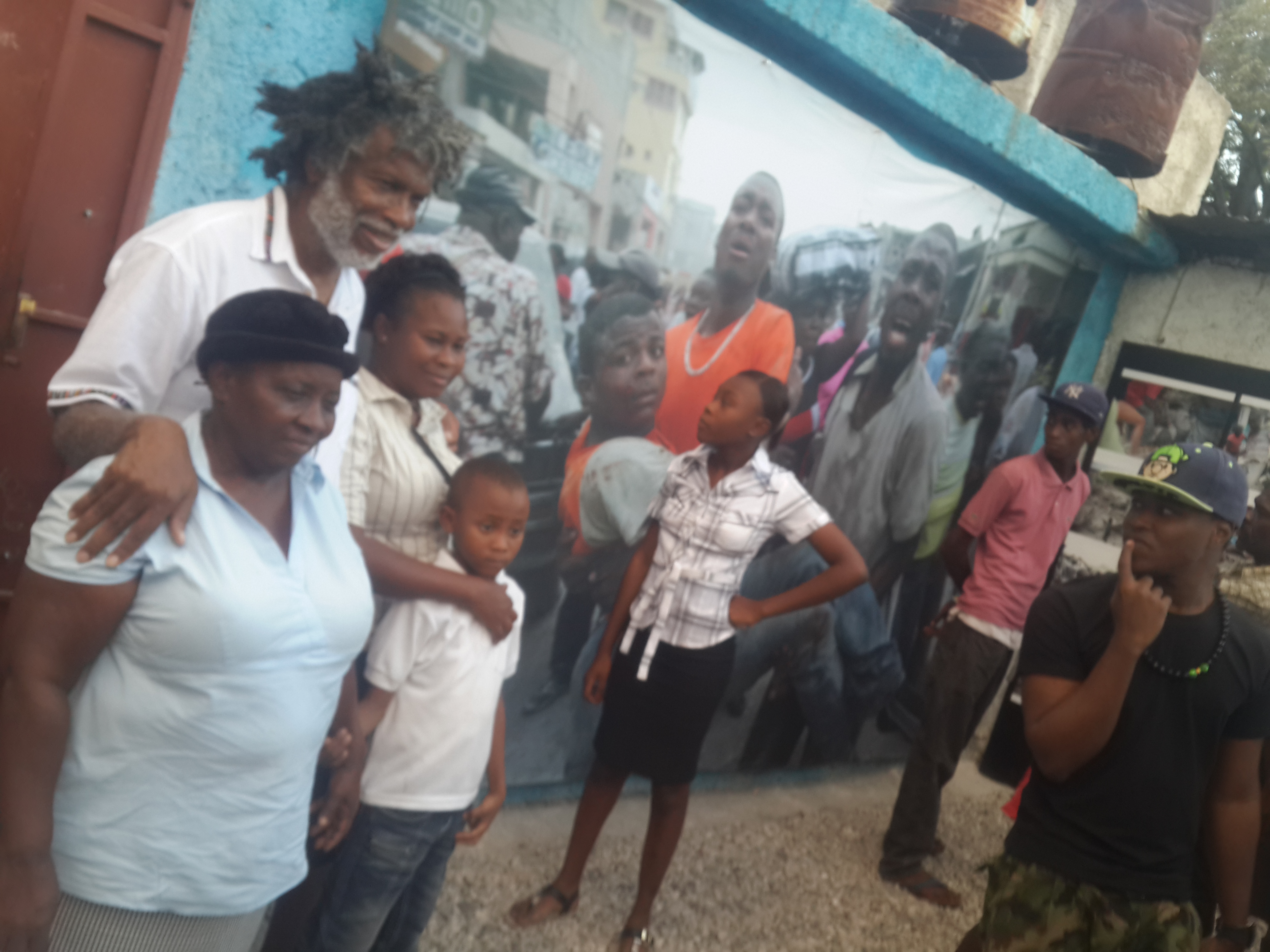 I had the honor of attending the opening of a very moving exhibition in Port-au-Prince on January 12 — exactly five years after the earthquake that hit Haiti in 2010.

When the earthquake struck, photographer Daniel Morel was in downtown Port-au-Prince, in the same location he chose to host the exhibition.

The show ‘Sonje’ (‘Remember’ in Haitian Creole) features most of the photos Morel took on that tragic day in a sequence, as if it was a large contact sheet, which makes up for an immersive experience in the difficult moments and strong emotions that defined that day, as people struggled to find their loved ones and tried to pull others from under the rubble.

These photos won Morel the 2011 World Press Photo contest for stories and singles (an image that was stolen and published without permission by AFP/Getty).

What made this exhibition special is that many of the survivors and people featured in the photos were actually present at the opening. People from the community were pointing at the photos, recognizing themselves and their neighbors.

The exhibition opened at 4:53pm with some seconds of silence, in remembrance of the time and the duration of the tremors of the earthquake. But, rather than being somber, the atmosphere felt rather cheerful — people were celebrating life and acknowledging all the challenges they had left behind.

Being there was a reminder of how, in the face of disaster, life always overcomes.

Photographer Daniel Morel (top-left) poses for a photograph with neighbors of downtown Port-au-Prince, Haiti, featured in his photographs and visiting the opening of his exhibition ‘Sonje’ on January 12, 2015 (mobile photo).

Children pose for a photograph during the opening of Daniel Morel’s exhibition ‘Sonje’ in Port-au-Prince, Haiti, on January 12, 2015 (mobile photo).